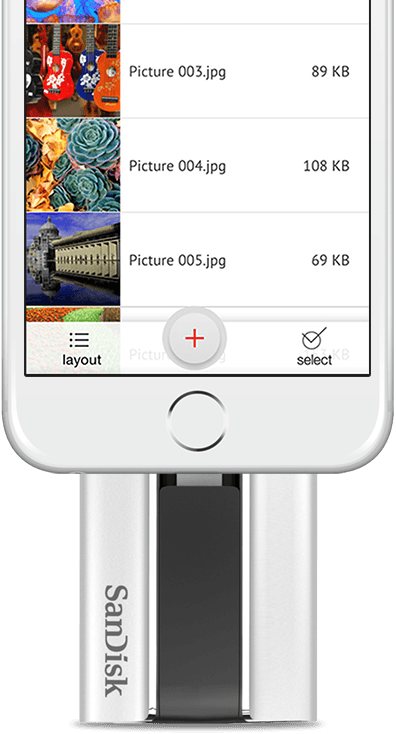 I don’t know about you, but I’m paranoid about my family photos. Not so paranoid that I’ve created tons of fantastic photo albums. (That project is so far down on my to-do list I have YEARS worth of photographic inventory to work through.) Nor am I so paranoid that I drag out the correct cables and sync my phone and camera on to my computer each night. BUT I am just paranoid enough that I rarely delete an image, even if it’s an image that will never make it into the photo-books I never seem to get around to making. I certainly don’t delete images after I have synced them to my computer. Of course, this would free up a ton of memory on my devices and eliminate the possibility that I’m madly deleting the oldest events to free up space to photograph the event I’m attending.

I know I’m not alone. Recently, at a school event I saw a mom furiously deleting images 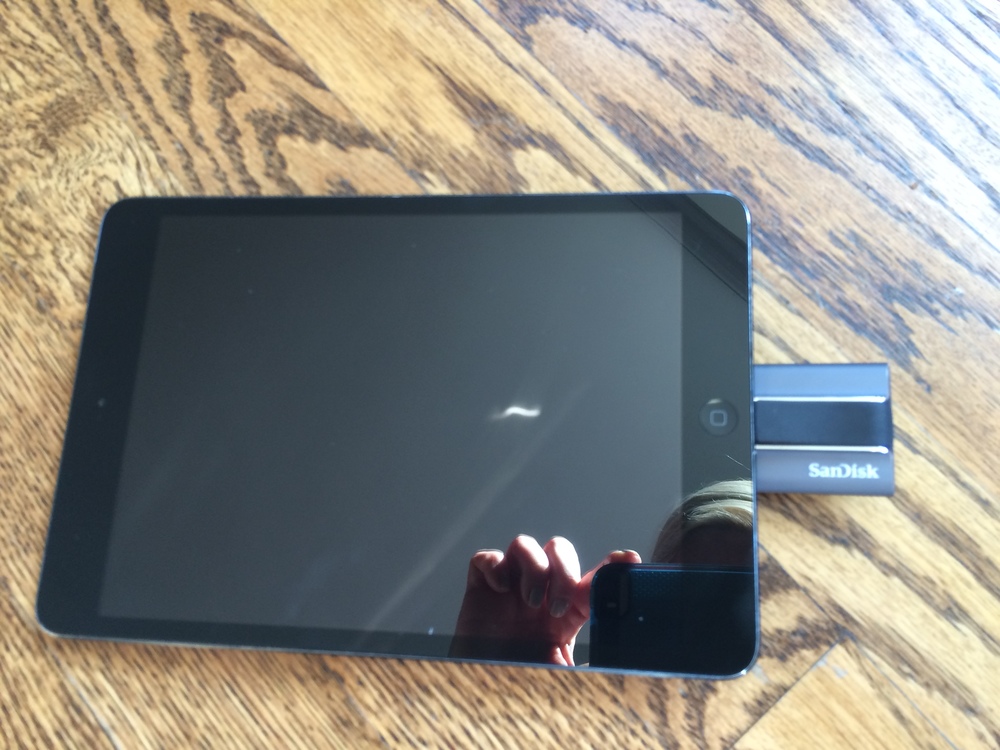 so she could free up memory in order to take some quick photos and videos. She missed at least half of the event while she was deleting images like a mad woman. She admitted later that she was pretty sure most of them were backed up but she too never felt comfortable deleting the images after the backup. She wanted multiple backup points. Me too!

Recently, I was introduced to SanDisk’s iXpand Flash Drive. Having tried it out at home 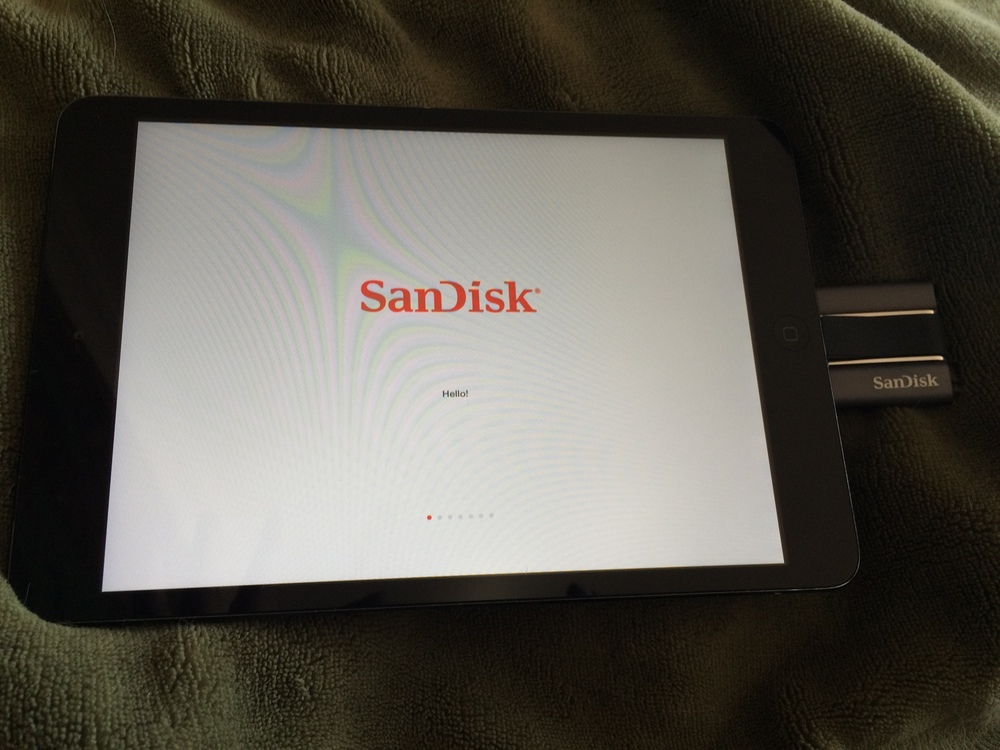 and on a family trip, I think I have found the ultimate on the go backup solution! iXpand is smaller than a credit card, plugs right into my phone and tablets for on the spot backups I’ve conducted even while driving home. Rather than contending with a tangle of wires and the cumbersome and (often) sluggish process of connecting devices to computers, you can pop the iXpand Flash Drive into your device with the Lightning connector, do the backup and then pop it out and use the USB drive to connect to your computer. You can even pass the device on to another family member and backup to yet another computer. Many folks use the Cloud for their backups. While the Cloud can work, I have found when I have limited or no WiFi or have to max out my monthly data plan and deal with costly overages in order to do a backup its stops working so well. I also probably don’t need to detail for you the silly situation when my husband and I are texting and emailing one another family photos because they are not loaded up onto each other’s computers or devices. The iXpand Flash Drive is also PC and Mac compatible, so there are no concerns if you have two different types of computers.

Taking my iXpand Flash Drive out for a test drive I found that it was super easy to use. I 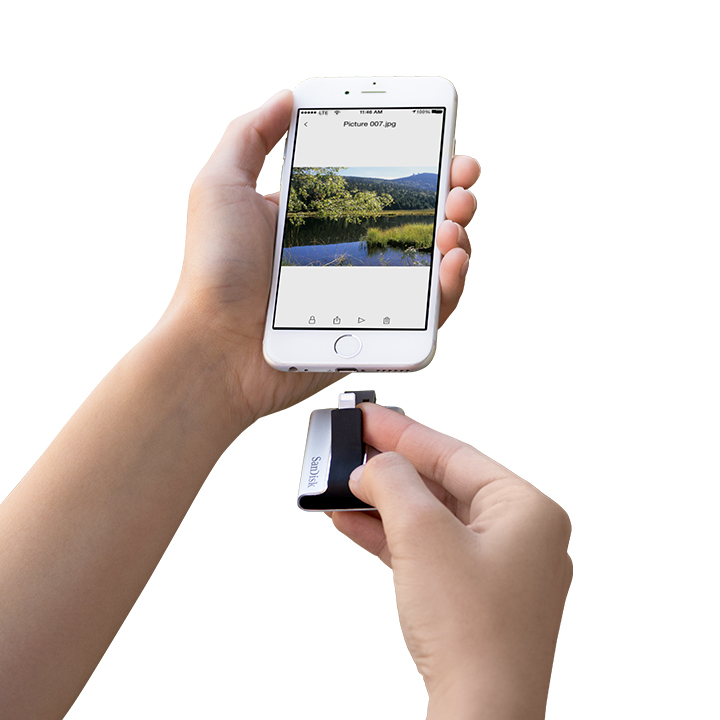 plugged it in using the small rubber cable with lighting port, performed part of the initial backup but then I ran out of power in my device. Rather than having to start all over again iXpand Flash Drive gave me the option of continuing later. Perfect! No wasted time. I charged up. I finished the job a couple days later. Next up, a quick family trip. I still packed all my devices and the usual tangle of cords as well as my laptop. But rather than lug them all over creation and never actually do the backup after the day’s excursion, I plugged in the iXpand Flash Drive on the drive back to the hotel and was all backup by the time we arrived. The tangle of wires never left my bag and the only time my laptop left the room safe, was to plug in the iXpand Flash Drive and load up the images. Before the next day’s adventure, our photos were all backed up in multiple spots and the memories were preserved in the event of a device meltdown, loss or even a super tippy canoe. 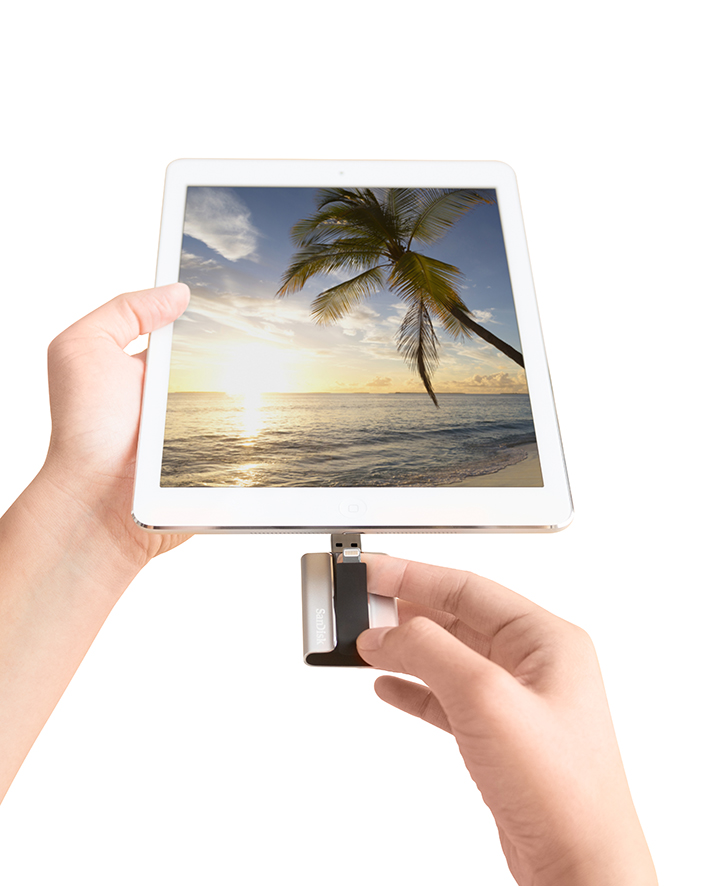 Want to get your hands on a IXpand for yourself?!  Use this e-coupon for $50 off (over 45% off) your purchase!

*This is a limited offer

Not ready to purchase yet? Drop in your name here to get our latest offers.

This is a sponsored conversation written by me on behalf of SanDisk. The opinions and text are all mine.