Black History Month: Preparing for the Bright Future of STEM

As we go through Black History Month, I find myself introspective as an African-American STEM professional. We no longer have to fight to sit in the front of the bus, to go to class, or to gain an education. However, in many cases, today’s fight is to convince each other of the opportunities we should pursue.

While many of us recognize that STEM education is valuable and presents various opportunities, why aren’t more African Americans getting on the STEM bandwagon? We must not miss this golden opportunity for our children, for our community, for the American nation, or for the global community. It’s time to march toward one of the brightest opportunities on the horizon and the dream of African Americans represented in abundance among the nation’s brightest scientists, engineers, innovators, and technology professionals.

Gaining a quality STEM foundation at any level from community college to Ph.D. can be today what “education” was for so many generations – serving as the equalizer and means to propel us forward, both as individuals and as a community. There are great opportunities for careers in STEM fields and the occupations are projected to grow at rates faster than all other non-STEM careers. 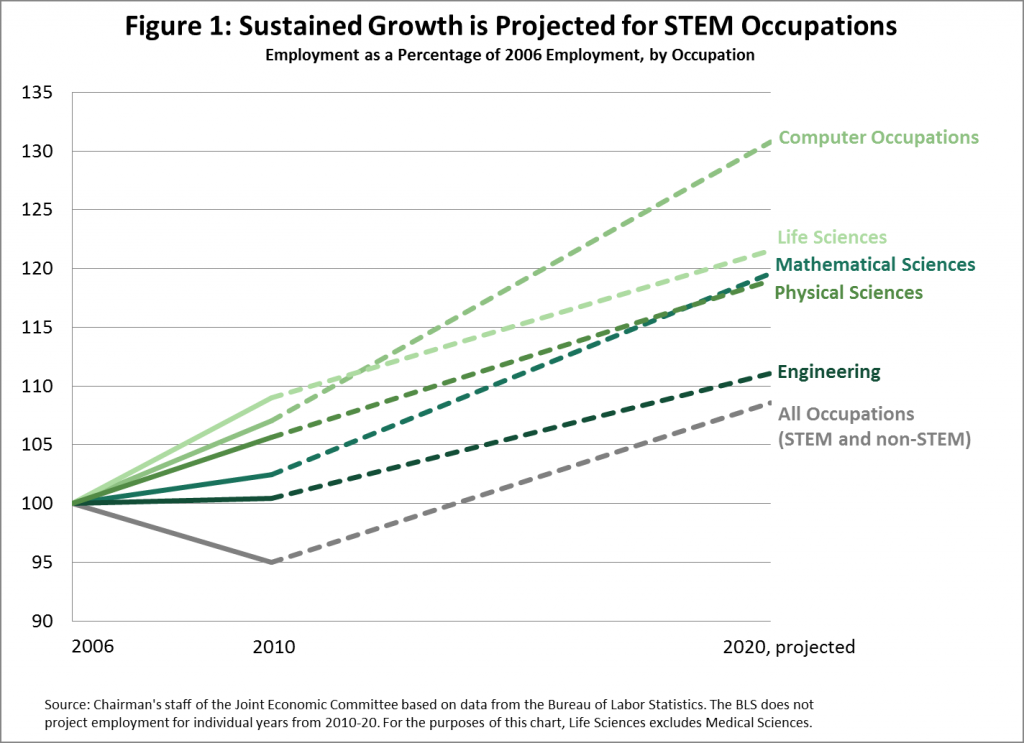 The history of innovation and willingness to believe in big dreams are two major points of pride for me. I have great pride in my heritage and the knowledge of what so many great black scientists have done in the past, amidst severely limited resources, segregation, and oppression. Our history has shown the benefit of this spirit of STEM and innovation as captured in the report by the Joint Economic Committee Chairman’s Staff Senator Bob Casey, Chairman (April, 2012):

“The United States has traditionally produced the world’s top research scientists and engineers, leading to breakthrough advances in science and technology. This technological innovation has been a primary driver of U.S. economic growth, with studies showing that half or more of economic growth in the United States over the past fifty years is attributable to improved productivity resulting from innovation.”

My fellow Americans – you come from a long line of researchers, scientists, engineers, and innovators.  You have a powerful foundation on which to build as an innovator in a nation whose principles support growth and development of the individual, ideas, and industries. Curiosity and exploration are our friends. Keep asking questions, to yourself and to those around you. Search for your piece of the puzzle. Forge ahead.

I’m not the only one sounding the horn about the importance of STEM and innovation to African Americans. For example, the Career Communications Group hosts the Black Engineer of the Year Awards (BEYA) STEM Conference which recognizes some of the nation’s most talented engineers, educators, and entrepreneurs. The NewME Accelerator Program in San Francisco functions as a specialized incubator, supporting high-potential minority entrepreneurs in technical fields. It was profiled by Soledad O’Brien in his Black in America 4: The New Promised Land – Silicon Valley. The initiative by President Obama, Educate to Innovate, is a campaign to improve the participation and performance of America’s students in science, technology, engineering, and mathematics (STEM).

STEM education is a win-win because we are a community that consumes many of the goods associated with STEM as detailed in the report The State of the African-American Consumer. Some of the highlights found in this report are as follows:

Given the consumer behavior of African Americans, it would benefit our community to participate in the industry creating these technologies and providing resources to the American nation.

Encourage a student to consider a STEM career. Become a math or science tutor. Be a mentor to an African-American youth or junior professional. Support an organization, such as the National Society of Black Engineers, with a modest donation. Embolden an African-American entrepreneur to focus on moving his or her idea from a concept to a commercial product.

Today is the day! Now is the time for us to move forward together. We have every reason to make this a top priority – as individuals, as a community, and as a nation.

With Great Confidence in You,

This entry was posted in Understanding Leadership by Pamela McCauley Bush. Bookmark the permalink.