How to Say No to Your Kids and Mean It

As parents we have all been there. And we know it’s not easy to say no to your kids, because it’s easier to say yes. Occasionally it is simple to say no. NO, you cannot have a pet python. No, you cannot borrow the car. You’ll have to wait six years until you’re 16. But on too many occasions, a struggle ensues and tensions may rise.

“Mommy, I want that pretty cereal.” (The kind with all the artificial color, loaded with sugar, and devoid of any semblance of nutrition) “Dad, I want a new bicycle like Joey’s.”(He has to have it or he will become brain damaged)  To both parents, “Can I quit school?”(Yeah right) “Mom, I want to watch one more TV show before I go to bed.”  (Of course it’s not Animal Planet or a documentary on PBS) Yikes! Will this ever end? No!  Can we practice saying no? Yes!

As a parent, grandparent, former teacher and school principal, I consider myself a keen observer of the interactions between parents and their cherubs. In fact, I go out of my way to notice this stuff.

This summer, while vacationing in Westerly, I rushed over to the local Walmart to buy some cheap skinny hangars. The clothes pole in my car was too bulky with clothes we didn’t need. In the check- out line, my nosy obsession to observe and rate parent child interactions was rewarded by a young mom and her seven year old son.

The boy eyed the array of candy in the check-out aisle and decided that he had to have some chocolate. Mom said, “No”.  He tried to make his case by using a higher decibel voice. “I want candy!”  (This was getting serious. Give me that large Hershey bar or give me death. ) Mom calmly said, no. The little Einstein switched tactics; now he wanted some silly toy that caught his attention. He had to have it. Mom calmly said, “No, you have plenty of toys at home.”

Most notable about this situation was the calmness and coolness of this mother. She never raised her voice or contorted her face into an angry mask. Her demeanor did not change. But, she was determined and she persevered. She was the adult in charge using her superior judgment and common sense.

I took the opportunity to introduce myself and mentioned my background as an educator and writer.  I congratulated her on her perseverance. I walked briskly to my car and wrote a draft of this article in July of 2015.

You know you’re usually right, just do it

I don’t propose that saying no is easy. Parenting is a devotion and dedication to raising children that requires a bazillion decisions along the way. We get some right; we get some wrong. Don’t beat yourself up; keep learning and keep going. Focus on logical explanations even if your angels don’t understand or don’t want to understand. And stay cool, calm and collected. You’re the first teacher and role model they experience.

My wife and I were not the perfect parents, but we are the perfect grandparents. Grandparenting is easy. Just say yes to everything and then go home. Or, as my wife remembers, her mother said NO to everything which gave her time to think it over.

Dr. Casale is the author of the highly praised book, Wise Up and be the Solution: How to create a culture of learning at home and make your child a success in school.

Your Next Audible Must Listen Is… 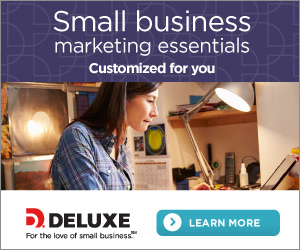